How do machines learn?

One answer is by getting fewer answers wrong over time. One technique for decreasing wrongness is gradient descent.

In this post, I want to explore gradient descent as a standalone topic. In the next post in this series, I’ll discuss its relationship with machine learning, and run through a basic example of why gradient descent is useful in helping machines get fewer answers wrong.

Matt Nedrich over at Atomic Object has an excellent definition of gradient descent:

Gradient descent can be thought of as a synonym for slope. Since slope is rise / run, and a horizontal line has a slope of 0 (0 rise over infinite run), finding the slope at the function’s minimum can be thought of as “descending” to a gradient of zero. The name gradient descent makes sense, because once the gradient decent algorithm has run for a given function, the computed parameters will descend the slope at the computed point to zero.

Providing clear examples of the how of ML are among the reasons I’m writing this blog series, so let’s use gradient descent on the following function:

I write this function in this form as opposed to x ** 2 - 10x + 25 because it’s easy to see that the function is minimized at 5. Gradient descent should return 5 for x if the algorithm lives up to its name.

The gradient descent algorithm itself is all of one line, but importantly requires 1) the derivative (also synonymous with slope) of the function and 2) a small number to descend the gradient. The small number - which we’ll set to 0.01 in this example - is necessary because it allows the gradient to move on each iteration of the algorithm. The derivative can be computed through the power rule, which I had to review via the provided link from Khan academy. In short, moving the exponent 2 down and raising the result to 2-1 returns a derivative function of 2(x-5) ** 1 or 2x - 10. We now have the parameters necessary to run gradient descent for a few iterations: 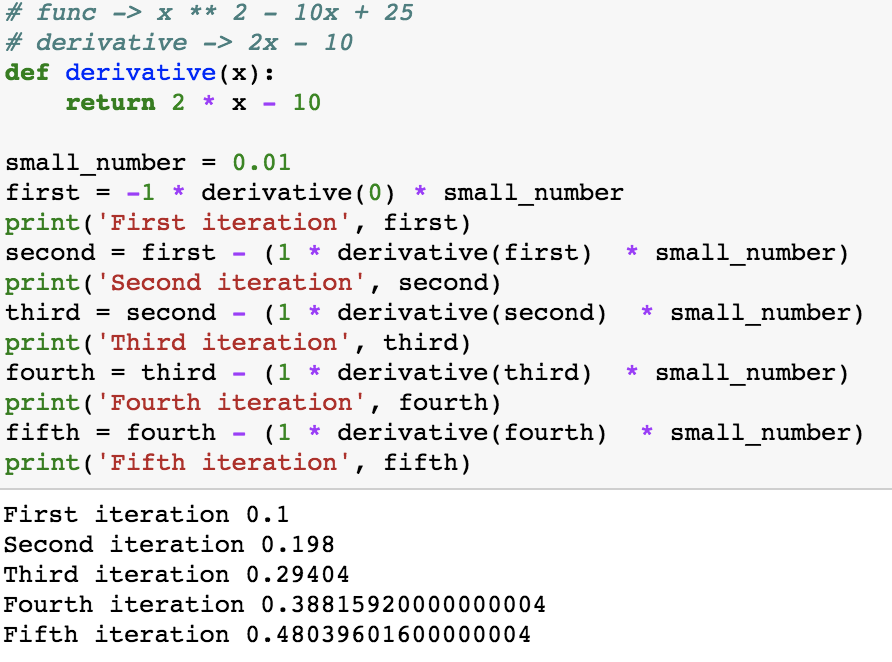 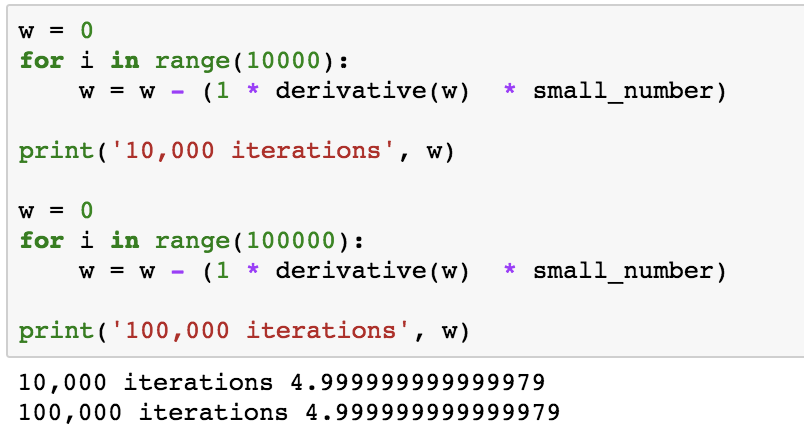 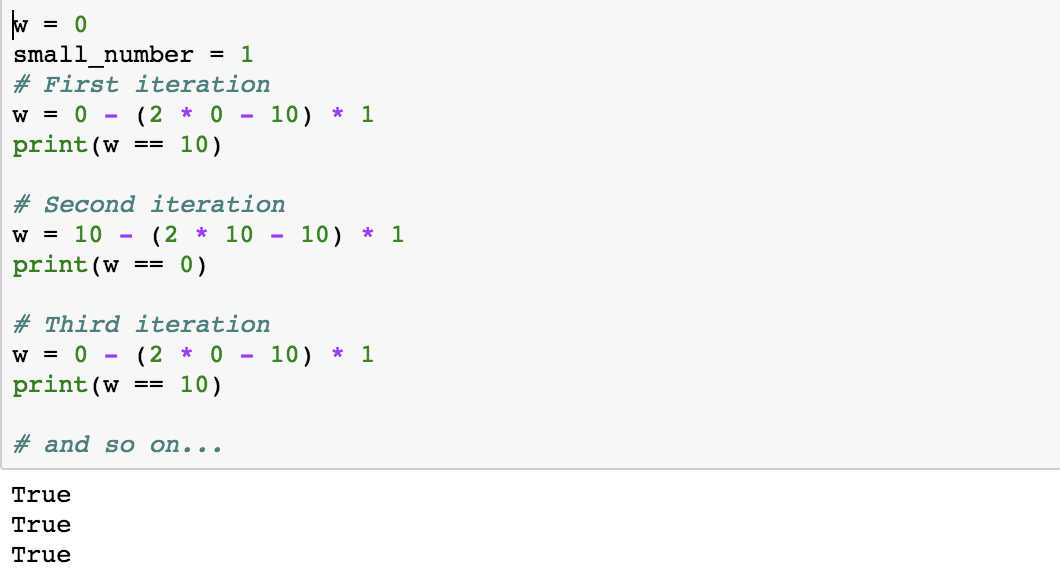 Please note all the code for this post can be found on my GitHub.

The small number mentioned above is called the learning rate in ML contexts, and drives the learning in machine learning. The function the gradient descent algorithm is applied on is the loss function, where loss is the difference between the prediction made from a machine learning example and actual reality. For example, if an ML model predicted an NFL running back will finish with 17 touch downs for the 2016 season and the reality is 11, the loss in this example is 6.

In the next post, I’m excited to explore an actual application of gradient descent in machine learning.